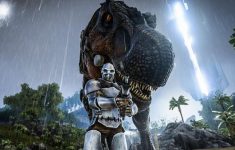 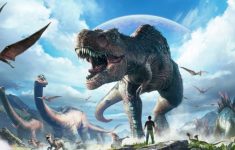 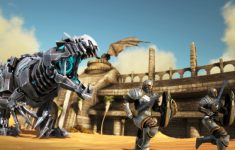 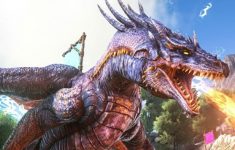 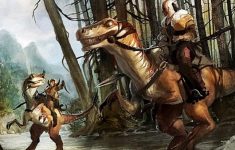 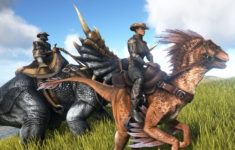 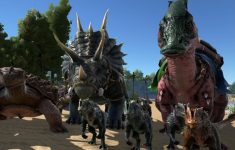 We are so used to the comforts of civilization that can’t even imagine how to survive without them. But life is unpredictable and sometimes you can find yourself in conditions that will require skills and abilities mankind have long forgotten. Can you hold out on a lost island covered with wild jungle and inhabited by savage creatures? Say nothing of other survivors eager to kill you. Ark: Survival Evolved will give you an answer to that question! Don’t expect being cut any slack. The game is extremely hard and will require all your self-control. You will wake up on a distant shore with no link to the outer world. There will be nothing surrounding you but the pristine tropical forest. This will be your home from now on. Gather resources, hunt for food and build a safe house where you can hide from the dreads of the night.

The most exciting part, however, is that the island is full of prehistoric creatures, including dinosaurs! You will encounter dozens of different species, some relatively peaceful (until you cross their path), others being aggressive predators. Don’t worry, they aren’t as mortally dangerous as may seem! In face, you can tame them and make them your faithful allies. Just fancy yourself riding a huge, mighty dinosaur through the jungle! Nobody will risk attacking you with a support like that. When you are accompanied by one, its abilities and characteristics are added to yours. You will see your attack and health level increase and will gain skills like flying or swimming underwater. Taming a dino won’t be easy, they are proud creatures and won’t give in at once. Be patient and you’ll get a friend that will be a tremendous help in this hostile environment!

Ark: Survival Evolved is available in several modes. You can play either alone or with other people. If you choose multiplayer, there are two types of maps: those where participants can’t harm each other and those where every player is in the right to kill anyone. It’s up to you to decide whether you want peace or war! The dinosaur island is waiting for you. Don’t die too soon! 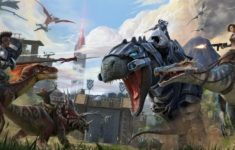 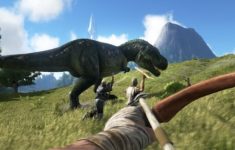 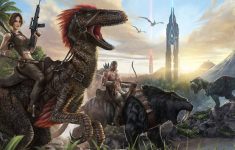